What is Parkinson’s Disease?

Parkinson’s Disease (PD) is a chronic and progressive movement disorder, meaning that symptoms continue and worsen over time. Nearly one million people in the US are living with Parkinson’s disease. The cause is unknown, and although there is presently no cure, there are treatment options such as medication and surgery to manage its symptoms.

Parkinson’s involves the malfunction and death of vital nerve cells in the brain, called neurons. Parkinson’s primarily affects neurons in an area of the brain called the substantia nigra. Some of these dying neurons produce dopamine, a chemical that sends messages to the part of the brain that controls movement and coordination. As PD progresses, the amount of dopamine produced in the brain decreases, leaving a person unable to control movement normally.

There are five stages of Parkinson’s disease:

– Patients exhibit mild symptoms, such as tremoring and loss of balance. Typically this will occur in a single limb.

– The symptoms are now bilateral affecting both limbs and both sides of the body.

– Inability to walk or stand including a noticeable slowing of physical movement.

– Severe symptoms are noticeable however the patient can still walk. Rigidity and bradykinesia are often visible. Tremors or shakiness of the earlier stages may lessor become non-existent.

– In the final stage of Parkinson’s, patients are unable to take care of themselves and may not be able to stand or walk. These patients require constant nursing care.

In Parkinson’s disease, neurons in the brain gradually break down and die. Many of the symptoms are due to a loss of neurons that produce dopamine. When your dopamine levels decrease, it causes abnormal brain activity. It is not entirely clear what causes Parkinson’s disease however genetic and environmental triggers are the most likely culprits.

For years the gold standard in Parkinson’s disease treatment has involved nonspecifically increasing the level of dopamine in the central nervous system. Over time this treatment loses efficacy and causes unwanted, sometimes severe, side effects. However, exciting developments are on the horizon that exploit the therapeutic benefits of stem cells to treat this condition.

What are stem cells?

Cellular division is the basic mechanism that allows growth and repair within our bodies. Most dividing cells in our body create exact replicates of themselves. A “parent” cell will divide into two “daughter” cells that are exactly alike. For example, a skin cell will divide into two “daughter” skin cells exactly like the “parent.” Generally speaking cells never change their phenotype and always divide into replicates of themselves. A skin cell cannot differentiate into a heart cell and a heart cell cannot divide into brain cells. However, unique cell populations exist, known as stem cells, capable of differentiating and dividing into a vast array of cell types. For example, a single stem cell could differentiate and then divide into brain cells, heart cells, or blood cells. As highlighted in the article created by the National Institutes of Health, Stem Cell Basics, this specialized property provides stem cells with the ability to serve as an internal repair stem, allowing them to replace damaged and dying cells as needed.

What is Parkinson’s stem cell treatment?

The symptoms of Parkinson’s disease result from the damage and death of specialized nerve cells in a part of the brain called the substantia nigra pars compacta. When these nerve cells cease to function properly, certain messages from the brain are no longer effectively transmitted to the body. This results in a number of distinctive symptoms including tremors, balancing difficulties, and loss of general mobility. Stem cells may have the potential to repair some of the CNS damage brought on by this disease through anti-inflammation, angiogenesis and neurotrophic factors.

What types of cells are used in Parkinson’s disease stem cell treatment?

Hematopoietic stem cells (HSCs), found within BM, are the body’s source of most cells found in the peripheral or circulating blood. These include red blood cells and white blood cells (such as monocytes). Evidence suggests that BM-derived monocytes may act to improve certain neurodegenerative conditions. In this disease environment exhausted microglia cannot efficiently clear A𝛽 deposits, leading to peptide buildup and neurodegeneration. In this state, monocytes easily bypass the compromised blood-brain-barrier, adhere to A𝛽 positive veins, then phagocytose and transport peptide from the brain microvasculature into the circulating blood.

In addition to HSCs, mesenchymal stem cells (MSCs) are also contained within BM. Evidence suggests MSCs can enter the circulating blood during injury and have been shown to readily home to areas of injury or inflammation. Once at these damaged tissue sites, MSCs can exert both protective cellular and immunomodulatory effects believed to be critical in many neurological conditions.

What steps are involved in receiving treatment through TruStem Cell Therapy?

How are stem cells administered back into Parkinson’s patients through TruStem Cell Therapy?

What is unique about receiving stem cell therapy through TruStem Cell Therapy for Parkinson’s ?

Can this treatment cure Parkinson's?

It is important for patients and caregivers to understand that current therapies, including stem cell treatment, does not provide a cure for Parkinson’s. However, TruStem Cell Therapy may have the potential to improve a patient’s quality of life by reducing symptoms and complications related to PD as well as slowing its progression

TruStem Cell Therapy does not claim that any applications, or potential applications, using autologous stem cells are approved by the FDA, or are even effective. We do not claim that these treatments 100% effective for any listed nor unlisted condition, intended or implied. It’s important for potential patients to do their own research based on the options that we present so that one can make an informed decision. Any decision to participate in our patient funded experimental protocols is completely voluntary.

It may be possible through these treatments, to improve a patient’s quality of life by minimizing disease related symptoms and complications. For Parkinson’s patients, improvements in any one or multiple disease related complications such as: mobility, tremors, fatigue, sleep impairment, sense of taste and smell, mood, rigidity, involuntary movement, etc… If you have questions regarding how these treatments may help you, please contact one of our Patient Advocates to learn more. 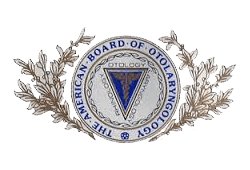